The worlds we live in

The planes of the Syndicate are made up of several different worlds tied together by ancient portal magic. Each world has its own races, cultures, and religions. Areas of the planes may have their own unique languages and dialects, but the planes have been tied together for so long that a single common language is understood and spoken throughout all regions. There are also a number of common races that can be found on most of the planes.

Most, if not all planes, operate under a medieval to high renaissance setting. As such, things found in the modern world like cell phones, Taco Bell, and cars do not exist. We encourage players to reach out and ask questions if they have any historical questions, as we do try to avoid things that may prove anachronistic to the setting. Some technology, foods, flora and fauna, etc. may vary from plane to plane, but as a baseline, assume Renaissance. Because this is a fantasy setting, historical figures from Earth and events in Earth’s history do not exist. The history of the planes varies, and our Planar Architects can help you, in creating a character, to discern what people/places/things your character might be familiar with.

The standard planes of the Syndicate are inhabited planes that are connected by a portal network. The portals have physical locations that are usually hundreds if not thousands of miles apart from one another. Nobody knows exactly how they were built, who they were built by, or for what purpose, but they’ve enabled a grand sharing of cultures over untold millennia as nations and empires have risen and fallen. There are currently seven standard planes: 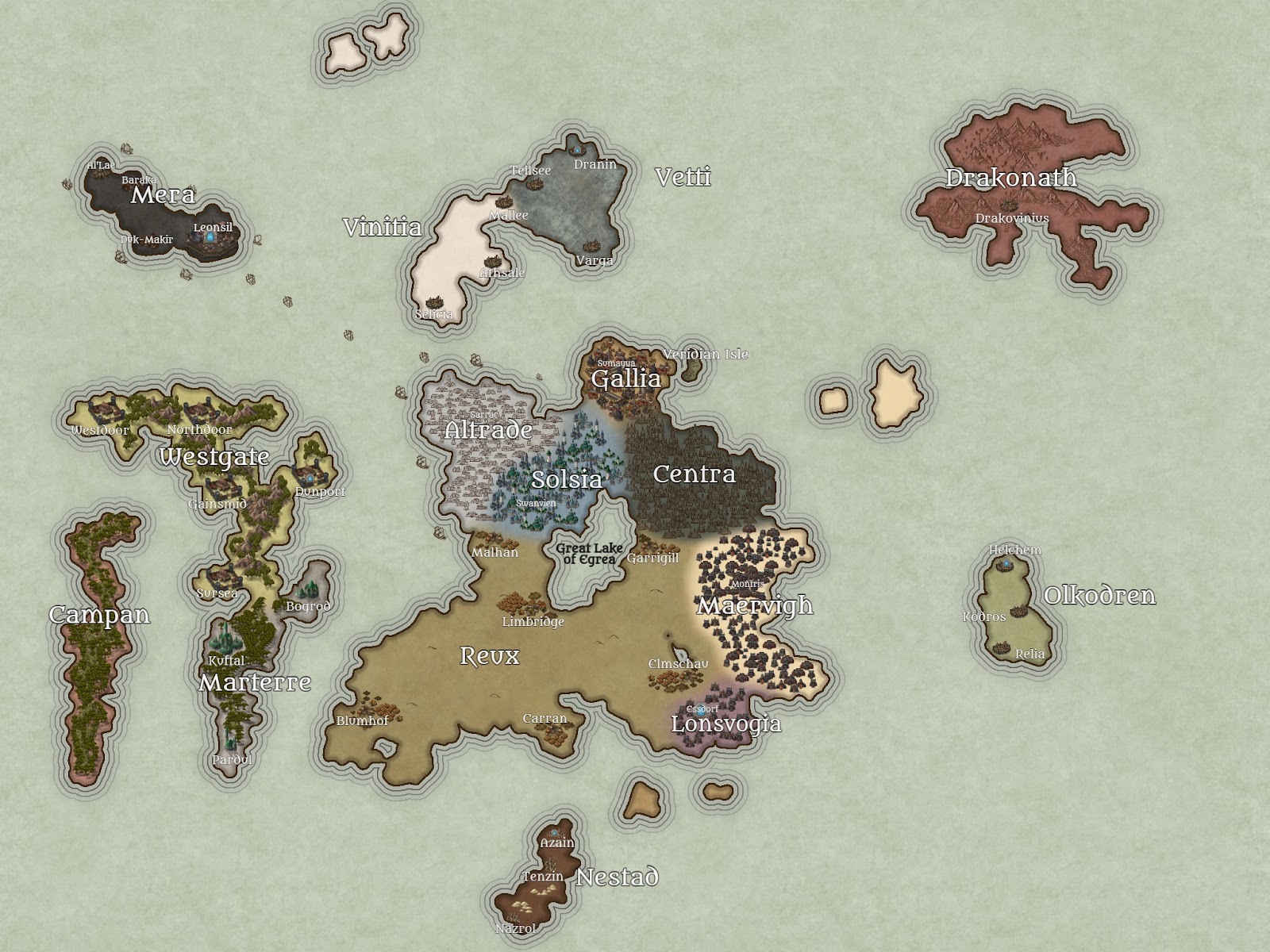 The hub world. This world is the central world in the network of worlds. You can get to any other world in two portals from Selnata. This plane is where the Veridian Isle is located, which is where The Syndicate Guilds calls home. This is the plane players spend the most time on. It is an expansive world that is highly developed and very urban. Many areas of Selnata are densely packed megacities.

This world is connected to Ofuria and Selnata. It is a plane of dwarves and dwarf kind where industry rules, but much of it is still untamed wilderness. The flavors of Daervyn are Scandinavian with a few areas that are Asian influenced. 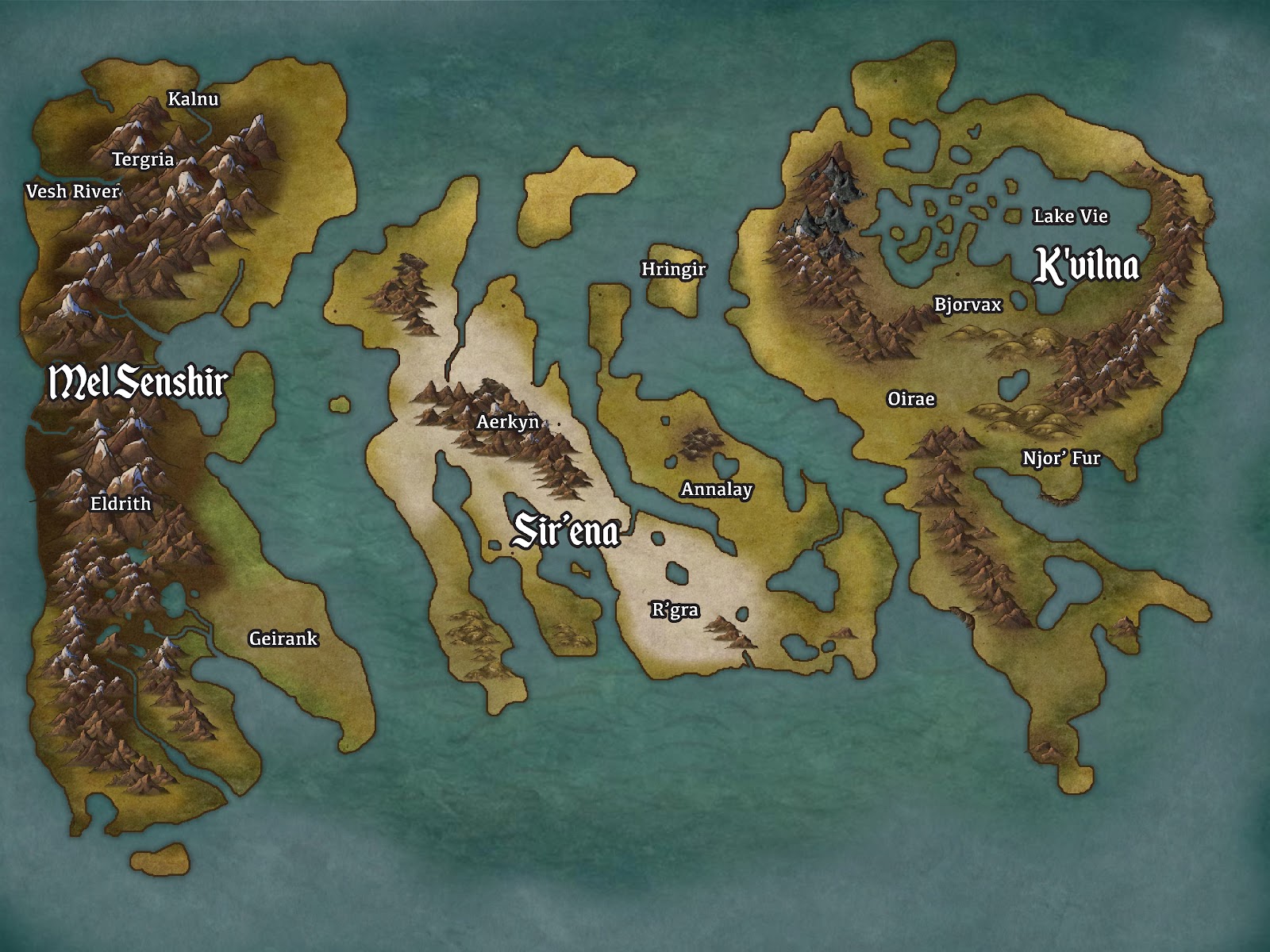 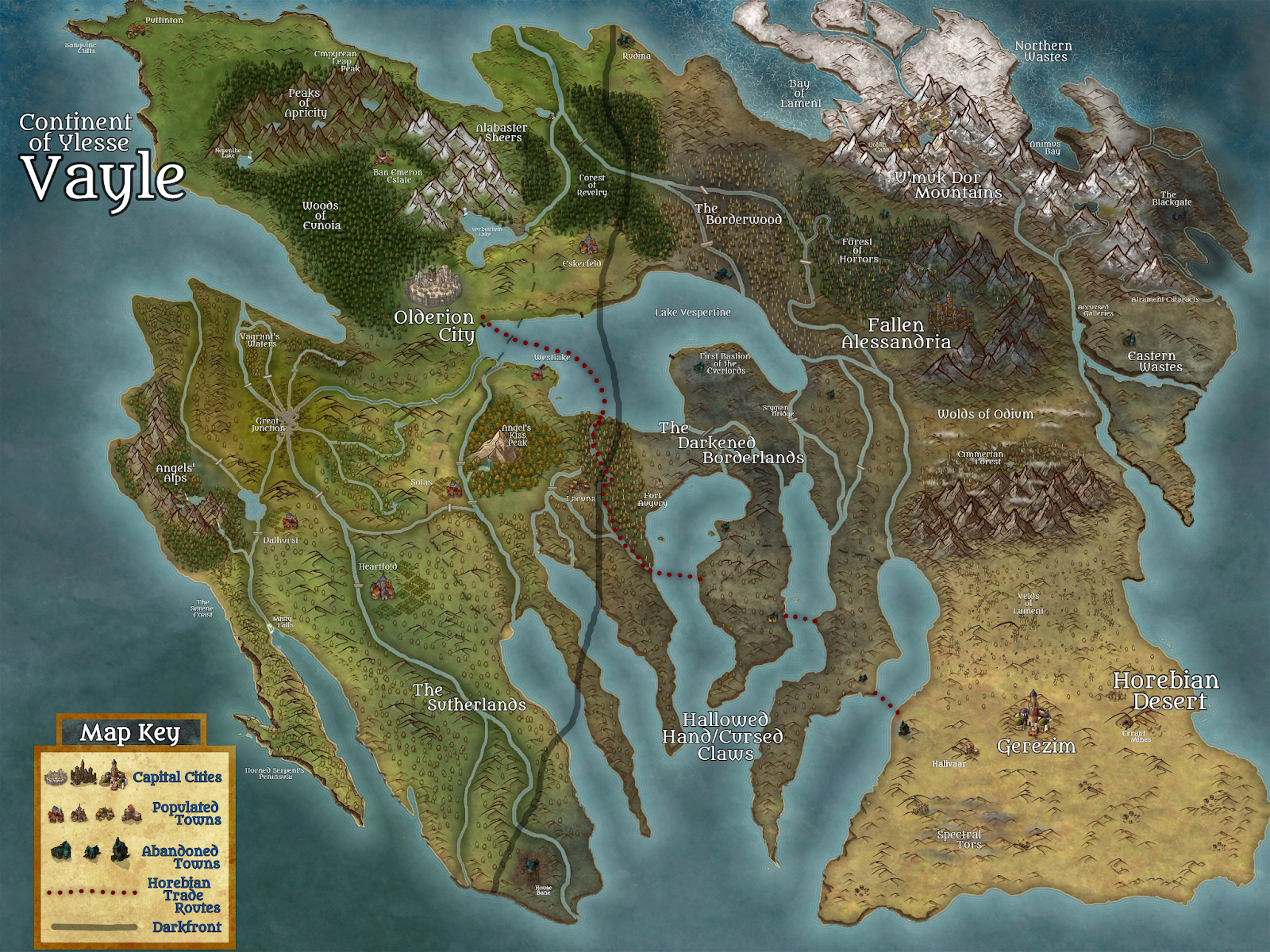 This world is connected to Selnata and Lanae’tu, and Vapor. Vayle is a plane battling against undead, vampires, and demons in a light versus dark struggle for survival. The people of Vayle have been kept in the dark as to the existence of the other planes, so all but the truly privileged believe they are alone in their fight.

This world is connected to Selnata, Vayle, and Tempestia. Lanae’Tu is a plane on the high seas. The Plane of the Seas. Port of pirates and merfolk and monsters, Lanae’tu is loud, colorful, and brimming with adventure for anyone who dares to reach out and take it. Adventure… and treasure. From the university at Capricorn, to the menacing jungles of Juka, to the glittering Merseas, wonder and danger walk hand in hand, and invite you to join them in pursuit of the unknown. 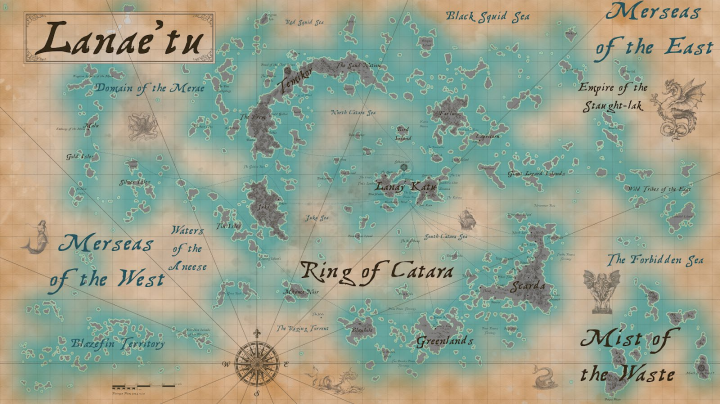 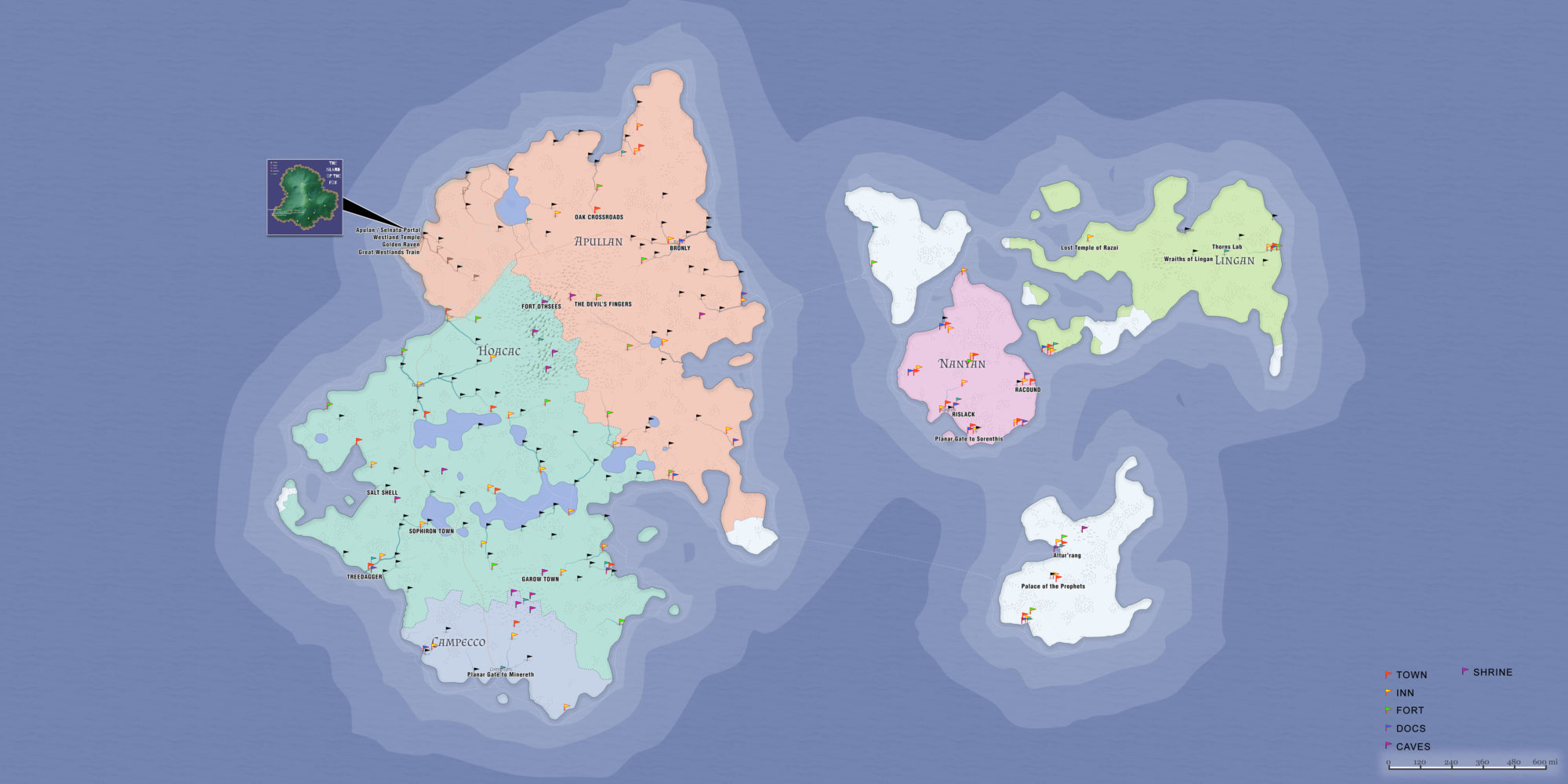 This world is connected to Selnata, as well as Daervyn and Vayle. This world is the most technologically advanced plane in the network of planes. With steam and arcana-powered automatons, the inhabitants of this plane are on the cutting  edge of technology.

This world is connected to Daervyn, Selnata, and Tempestia. This world is a desolate world wracked by a cataclysmic event that turned the entire plane into a ruby wasteland. They subsist entirely off of imports from other planes, carefully regulating the sale of ruby to buy what they need to survive. Many groups have separated themselves from the civilized parts of Ofuria to turn to a tribal cannibalistic society to survive. 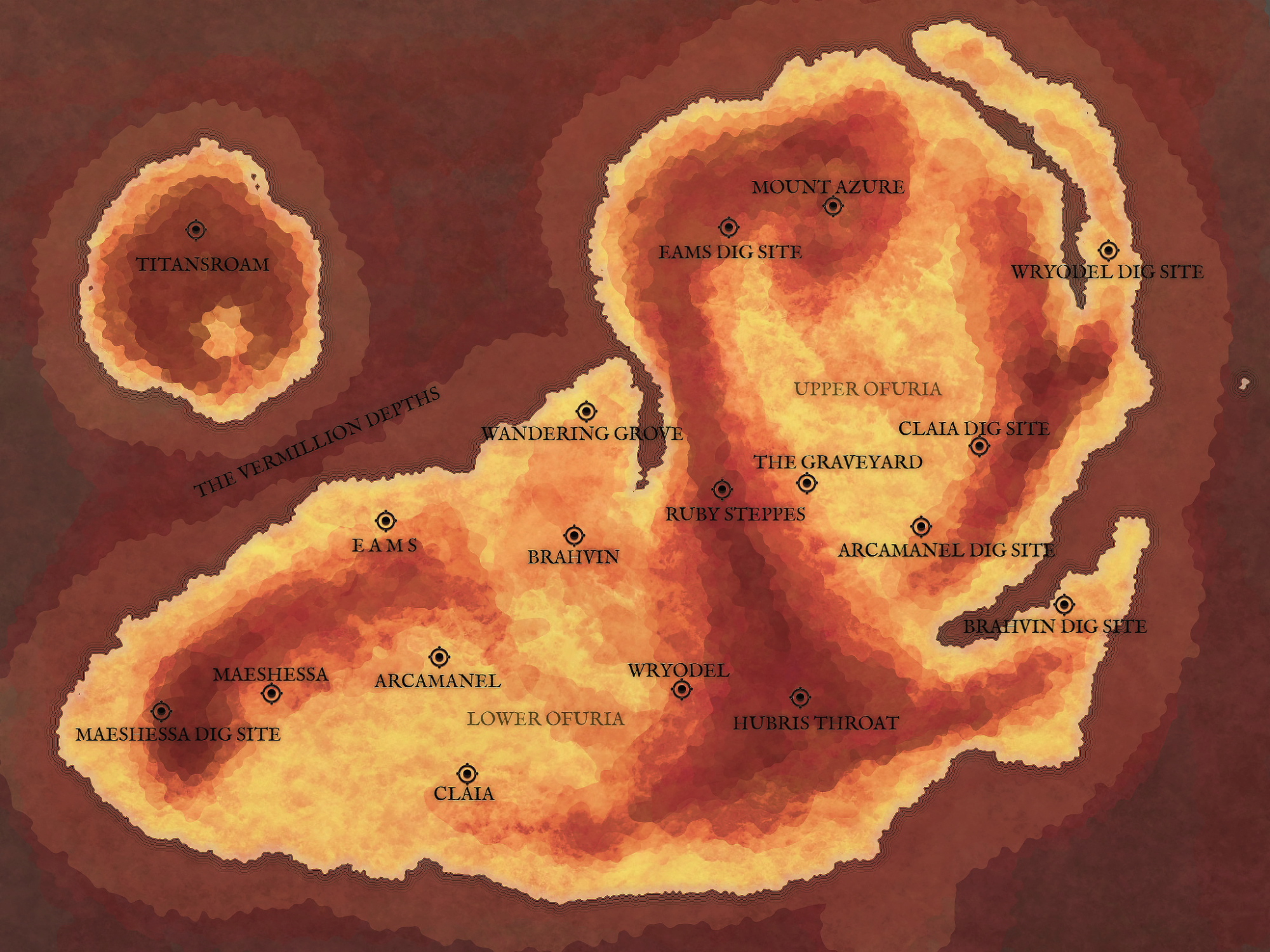